Influences early in David’s life that shaped his future


Those of you who find these blog articles interesting to read may find it hard to believe that as a 7 year old David was struggling to read and write. Having recently changed from a Primary School which concentrated on numbers, David was top of the class in maths but bottom in English at Easington Colliery Junior School. Easington was the location for the Billy Elliot film, however, there were no Ballet Dancers there in the 1960’s.
David’s Teacher saw something in him that he couldn’t see in himself, but the Teacher put a lack of progress in English down to a lack of application rather than dyslexia that wasn’t known about in schools in the 1960’s. So frustrated was the Teacher with David’s lack of progress in reading that he contacted David’s Dad at work, who had to miss part of his shift at Easington Pit and come to school. In hindsight it is evident that the Teacher had David’s best interests at heart, however, he had a strange way of showing it.
With David’s Dad standing alongside David in front of the whole class the Teacher said, ‘Unless this boy learns to read and write he’ll only be fit to sweep the streets of Easington Colliery.’ David was shocked and he didn’t know who was more embarrassed, him or his Dad.
Coming from a very humble background there was no books in the house and when the Teacher asked what David was interested in, his Dad said ‘Football’. The Teacher replied, ‘Get him some books on Football!’
Football was important to David’s family because his Dad’s cousin had married the Brother of Bob Paisley, who was then the Trainer and subsequently the Manager of Liverpool F.C., winning 3 European Cups. The relationship may appear to be distant, however, it was close enough for David to be invited to watch Liverpool play in the North East as Bob Paisley’s niece wanted some company of her own age. David once asked Bob Paisley for some tips about how to improve his game. Bob said, ‘Davey when you are on that field always believe that you are going to get hurt and it will be the last game you will ever play. Be first for every ball, don’t let the ball bounce, win every tackle, use the ball well, be determined to win. Never come off that field feeling that you could have done any more.’ 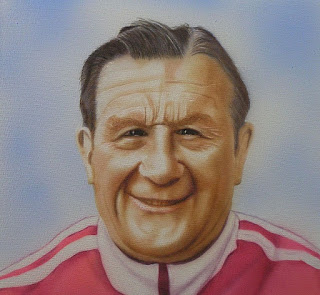 50 years on, some of David’s compatriots in Alternative Funerals find it strange that he spends many hours building flower displays and Themes. Some think that David is daft and that he should have no contact with a family, turn up two hours before the funeral put on the coffin and flowers, get his cheque and leave the crematorium as soon as the coffin and flowers are off the lorry. David reminds these people that although some people get a number of chances at a marriage they get only one chance at a funeral and David always follows the philosophy of Bob Paisley and does his level best in everything that he attempts. David adopts the same approach whether he is creating a display of Floral Tributes on his lorry or arranging vegetables in an attractive pattern as he serves the Sunday lunch. 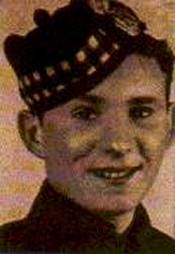 Another important influence on David, when he was 7 year old, was Dennis Donnini V.C. who was born on November 17th 1925. David was very small for his age and having changed school at 7 years old he was regularly picked upon by taller boys. David noted in The Victor Comic a story about the heroic actions taken on January 18th 1945 by Dennis Donnini who won the Victoria Cross fighting German Troops in Holland towards the end of WWII. David may have had trouble reading out loud from a book, however, he was very sharp mentally and he noticed that the Ice Cream Shop in Easington Colliery was run by an Italian family called Donnini, could this be the same Donnini? On a Monday dinnertime David left the school walked down Seaside Lane and entered the shop which was deserted. David looked around and saw that a medal was in a case on the third shelf, he couldn’t see the medal but noticed the purple ribbon. A lady then came through the curtain and asked if she could help David. David pointed to the medal in the glass case and asked if that was the Victoria Cross won by Dennis Donnini. 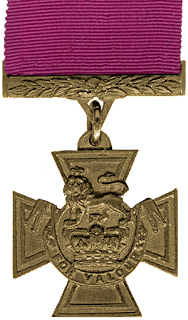 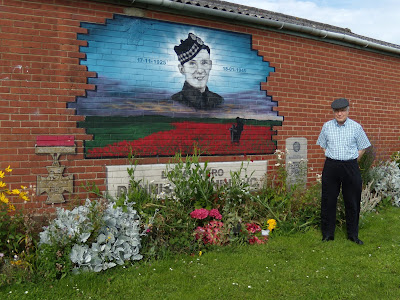 Fast forward now 45 years, David was pleasantly surprised to find that a Mural had been painted to commemorate Dennis Donnini, bravest of the brave, and a Memorial Garden had been planted just up the road from the former Colliery site. David was also relieved that in this area that was devastated when the pit closed, no one had attempted to deface the mural.
Posted by David Hall at 10:00 1 comment: