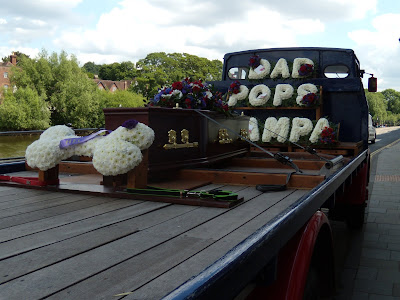 The family arrived to see the flowers before David loaded them and they thanked David for all that he had done. They even helped to load their Dad onto the lorry which was the first time this had happened since a funeral in Henllan in West Wales. 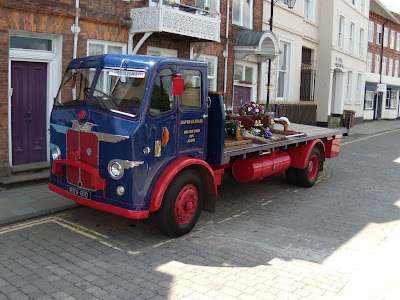 The Leyland Beaver made the U-Turn on the Dual Carriageway without a problem and the Funeral Director was amazed that no shunt was required. David told him that some of this achievement was down to the outstanding lock of the Leyland Beaver. However, part of it was because he had tried it earlier in the day and knew where to position the lorry before starting the turn and how quickly the lock had to be applied. David has learnt from Roy Keane, former Footballer, who said, ‘If you fail to prepare then prepare to fail.’
Posted by David Hall at 02:41