Snow snookers a Southampton Send off

On February 1st 2019 Vintage Lorry Funerals was booked to take a 92 year old on his final journey in Southampton. Jonathan Terry had booked the lorry some three weeks previously and had been immediate in providing the information which David had required. The Florist was helpful in providing information on the flowers and the Family were attentive to David’s request for information on their Dad. They emailed a high quality picture which was cropped, enlarged, laminated and secured within the design for the deck. In addition the Family emailed a number of black & white pictures of the lorries that the Deceased had driven, which was unusual because normally photographs from the past don’t exist. Either the Deceased had never owned a camera or he used to disappear when a camera came out of its case. 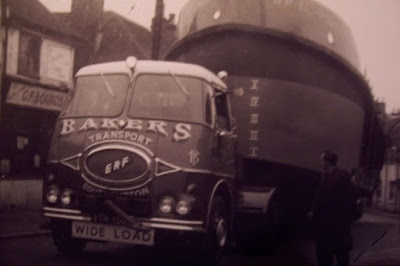 The long range weather forecast suggested that snow may feature at he end of January so David placed his back-box onto the deck of the lorry which adds weight above the drive axle and also carries equipment to assist the Leyland Beaver to escape from icy side streets where the roads around the house of the Deceased have not been gritted.
With only a light dusting of snow being forecasted for the evening of January 31st, David spoke with the staff at Mike Garbutt Transport, a company based at Market Lavington close to the A360 to get advice on which roads would be gritted. David was advised not to take his usual route using the A342 which in the past has proved susceptible to drifting snow and follow the A36 into Salisbury, depart on the A36 and then follow the A27 all the way to Sarisbury on the east side of Southampton. So David thought that this was good advice going through Salisbury to get to Sarisbury and it would be easier to follow the route with only two road numbers to remember.
David went to bed at 2100 hours and there was no snow on the ground and only a dusting of snow forecasted. David slept well and woke on the 0345 hours alarm to find that some snow had fallen. He got up, showered, got dressed and had his breakfast confident that with being on a hill he would be able to get out onto the main road. David’s concern level was raised, however, when his wife ventured out of the back door following her normal routine of opening up the garage housing the Leyland Beaver so that David can make a swift exit. Her first step revealed that some 7 inches of snow had landed and she returned to update David about the conditions.
David’s mindset was that he still could get out of his drive, down the street and onto the main road and if the main road was gritted and passable he was determined not to let this Sarisbury family down. So at 0415 hours David and his wife walked onto the street, the snow level was still 7 inches, and when they approached the main road it was evident that it had never been gritted or seen a Snow Plough, the main road was as bad as the side road.
As David and his wife were walking along the side road, she used her I-phone to provide an update on the road conditions south of Bradford-on-Avon. The information was not good, the A36 was blocked at Black Dog Hill, north of Warminster, the A303 was blocked and conditions in Salisbury and Southampton were described as treacherous. There was obviously a big risk that even if David could get out of Bradford-on-Avon he may be stopped before getting to Southampton and miss the funeral time. Although the Leyland Beaver is good in snow, often problems occur when articulated vehicles loose traction on slight inclines and traffic builds behind the stricken lorry on the hill preventing a Snow Plough to do the job that it is required to do. There would also be a risk that the Leyland Beaver could get damaged with some inexperienced driver sliding their car, into the vintage lorry, by using their brakes rather than just easing back on the throttle.
David reached the decision that he shouldn’t attempt to do the funeral and at 0430 hours he phoned Jonathan Terry’s night service and explained the situation to the man on the line, who told David that conditions were currently horrendous in Southampton. So David had a cup of tea and pondered what to do next. He had had his breakfast, was dressed and ready to start work, so he did not feel like going back to bed. So whilst David’s wife did house work David watched some football matches from the previous week which he had recorded but had never found time to see.
During the rest of the day David contemplated how the funeral had gone and he evaluated what he could have done better. Should he have gone down to Southampton the night before the funeral and get ahead of the snow, however, heavy snow was never predicted in the weather forecast.
At 1700 hours Jonathan Terry phoned to say that everyone understood that the Leyland Beaver couldn’t make the funeral and indeed Jonathan’s plans to use vintage Rolls Royce cars also were also abandoned.
Luckily David had a Bognor funeral the following week and this took his mind off missing the Southampton funeral. On Friday February 8th, 7 days after the Southampton funeral, David received a phone call from the Son of the Deceased who said, ‘You have probably been beating yourself up all week about not doing my Dad’s funeral, but don’t worry we all understood. The snow landed unexpectedly and some of Dad’s relatives in Gloucester, Fleet and London never made it to the funeral. It is ironic really because our Dad loved the snow and he often told us all about the times in 1947 and 1963 when he was trapped in his lorry by snow drifts and about the people who had helped him.’
David was relieved that the Family had been so understanding about the problem, however, it was a shame that the wonderful pictures that the Family had sent, now couldn’t be used in an Obituary article. But David thought, hold on, why couldn’t he write an article about the life of the Deceased and Mike Forbes , Editor of Vintage Roadscene, was very pleased to help David. David sent the A3 laminated picture of the Deceased, that should have been the centrepiece of the display, to the Son of the Deceased. 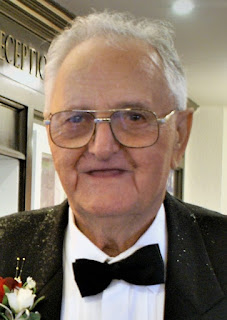 The Family were delighted and insisted that David should be remunerated for writing the article, being mindful that David had spent a week getting the lorry ready for the funeral for no reward.
The Family then sent even more pictures including a snowy scene from the 1930’s with the Deceased’s own Dad clearing the road near the farm that he was working on at the time. 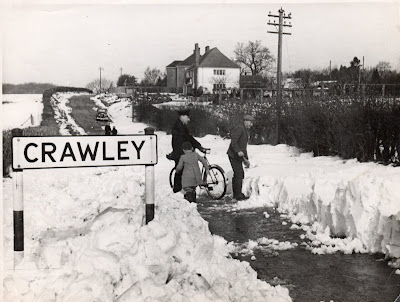 Mike Forbes did the Family proud, allocating the whole of page 72 in the Scene & Heard section of Vintage Roadscene April and the Family were very happy with what David had done for them.
Posted by David Hall at 03:26